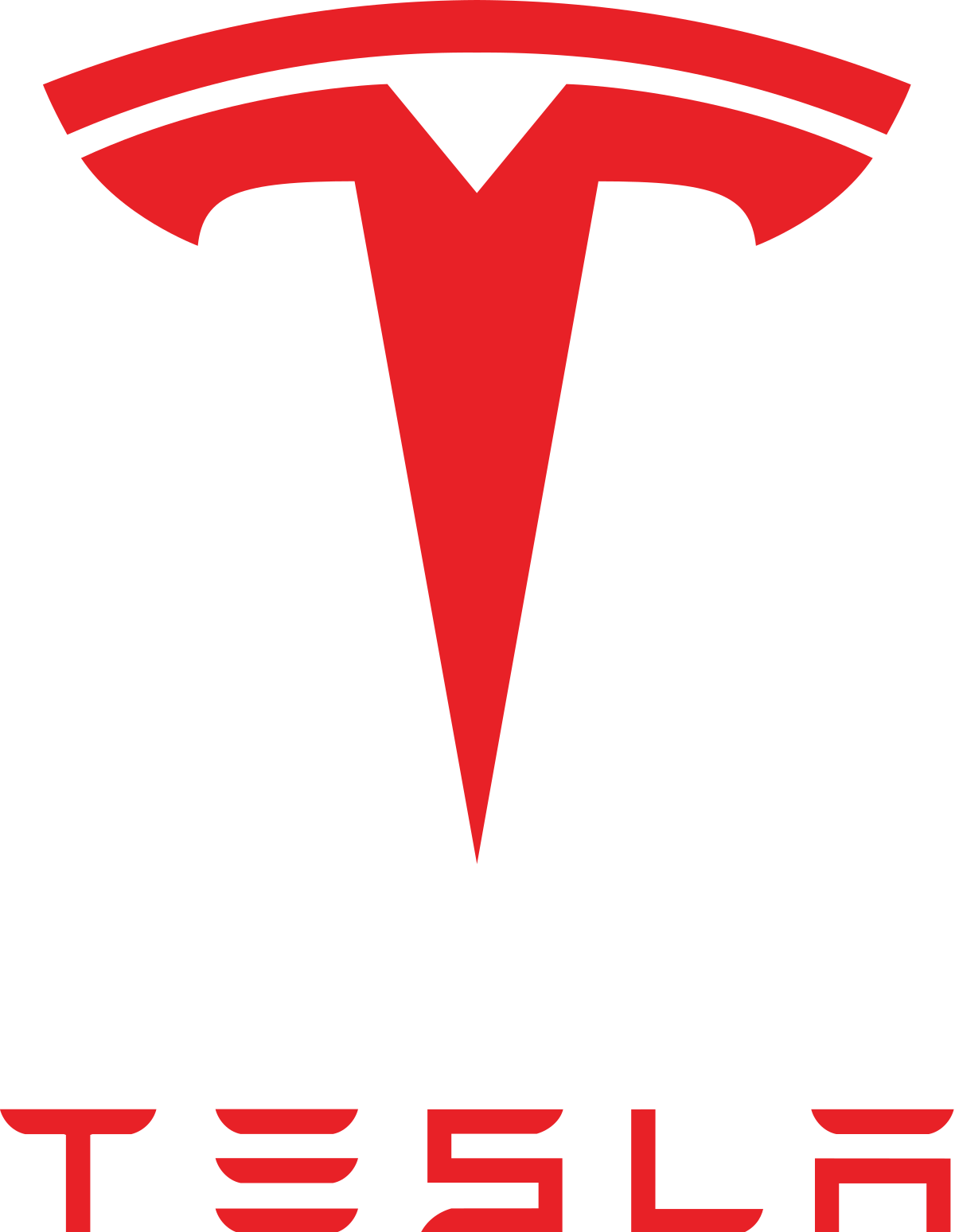 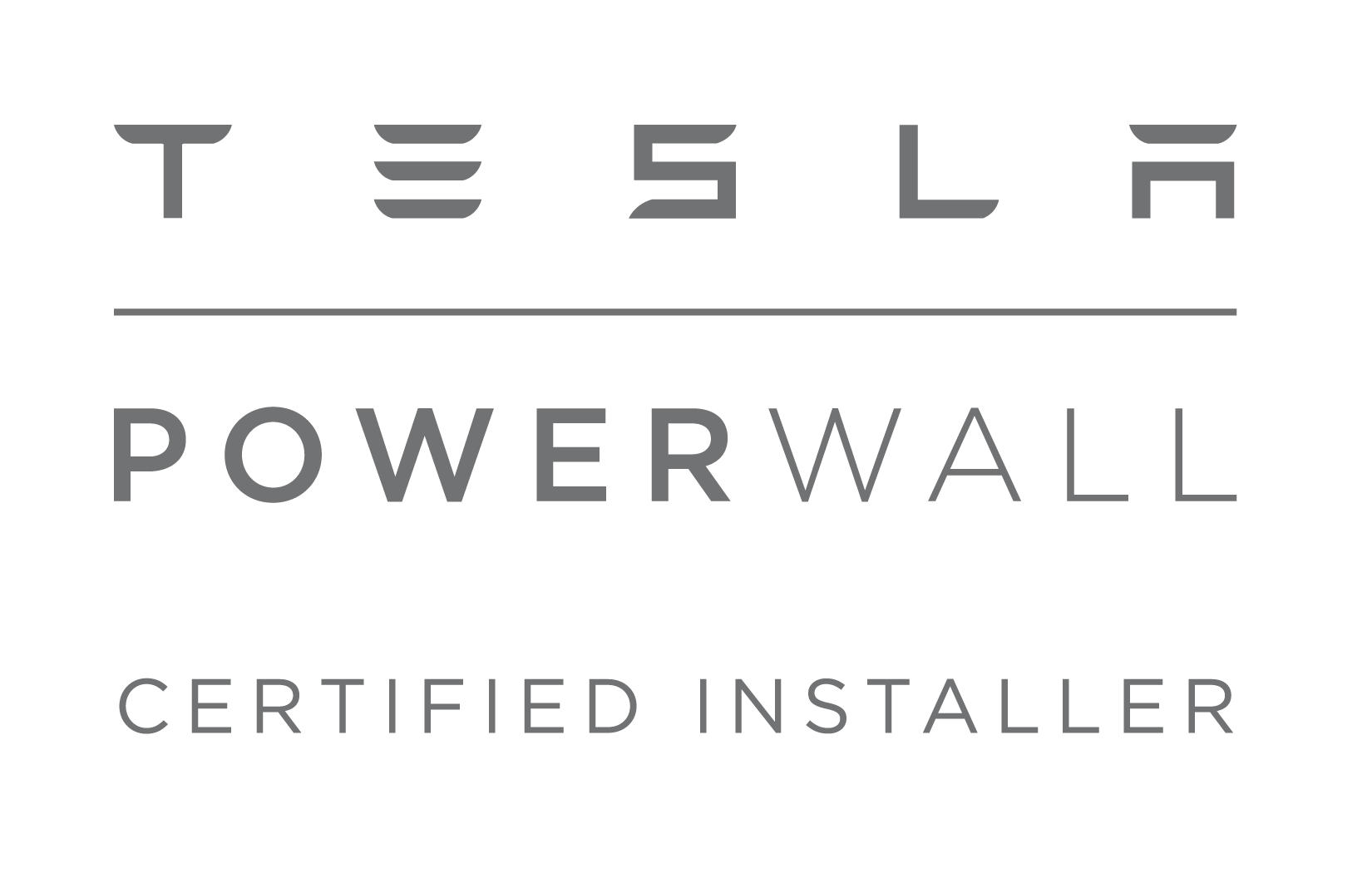 
Xnet Mobile will join European Mobility Expo in Paris Dec 15-16. Remote Lab. Remote Powertrain. Remote Factory. You may schedule an appointment with the CTO via digital Expo platform. See you in Paris in digital. 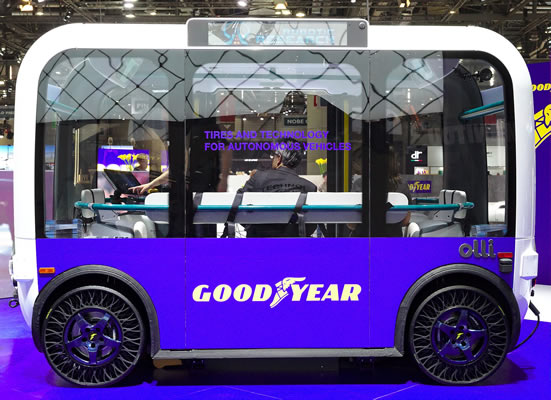 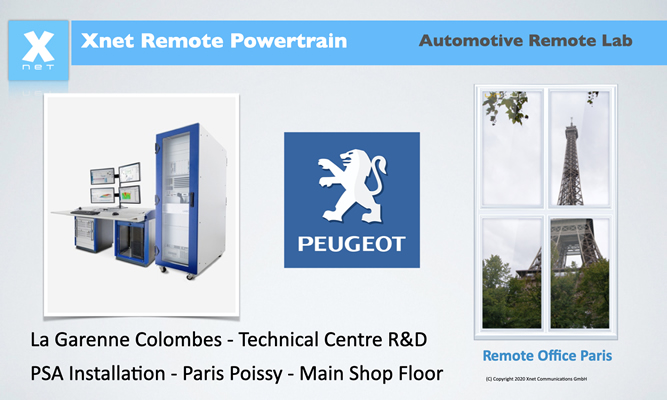 Let’s kick off the roaring '20s the right way: Meet the CEO in New York City.
Don't Miss Out On The World's Largest Retail Conference in January 2020!
NRF 2020 Vision has the world’s largest retail Expo, filled with futuristic tech that will change the way you do business.
Xnet Digital Networks. Security and Retail AI.

Gwyneth Paltrow is an Academy Award-winning actress, author of three New York Times bestselling books, and is the founder and Chief Creative Officer of the lifestyle company goop.com. 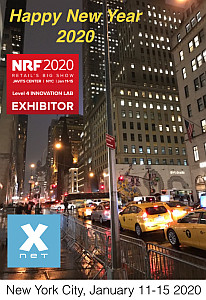 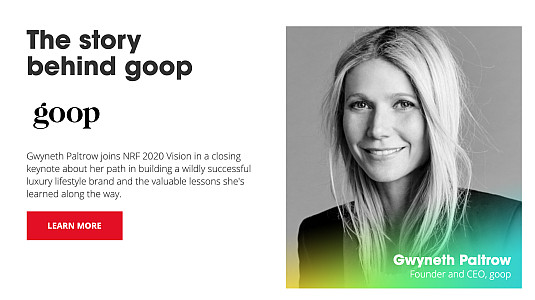 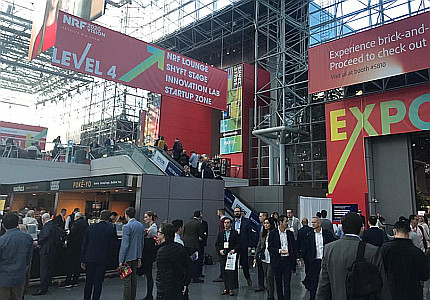 At IFA, everything revolves around 5G applications and Magenta experience worlds. The 5G network of Deutsche Telekom is now operational in five German cities – Berlin, Bonn, Cologne, Darmstadt, and Munich. As the Internationale Funkausstellung (IFA) trade show gets underway, there are a total of 129 5G antennae across the country transmitting genuine 5G broadband, that is, bandwidths of 1 Gb/s and more. In Berlin, there are already 66 antennae transmitting in line with the new communication standard, serving the districts of Schöneberg, Mitte, and Kreuzberg - the largest continuous 5G coverage area in Germany, at around six square kilometers.

"Disrupt is where the startup world gathers to see the present and the future of tech in one place."


Use Case and Go-To-Market for E-tron the first purely electric car from AUDI. System Integration with Salesforce and On-Demand Features. With ample space for everyday life, long-range capability and exhilarating performance with quattro® all-wheel drive, this is way more than an electric car. This is electric done the Audi way. The need for professional Service Cloud and Customer Success Platform is obvious. 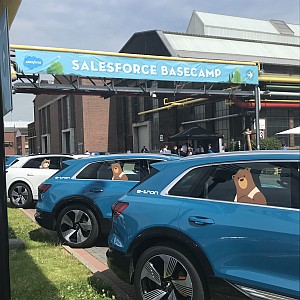 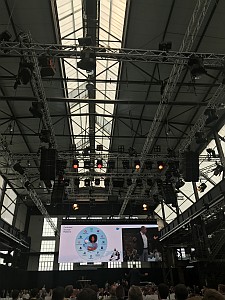 
As one of the first Salesforce Developers (since 1999) Xnet Mobile joint Salesforce Base Camp in Berlin this year. Thanks to Saleforce for hosting, the VIP reception and Nena’s 99-Luftballons live performance. Cool. 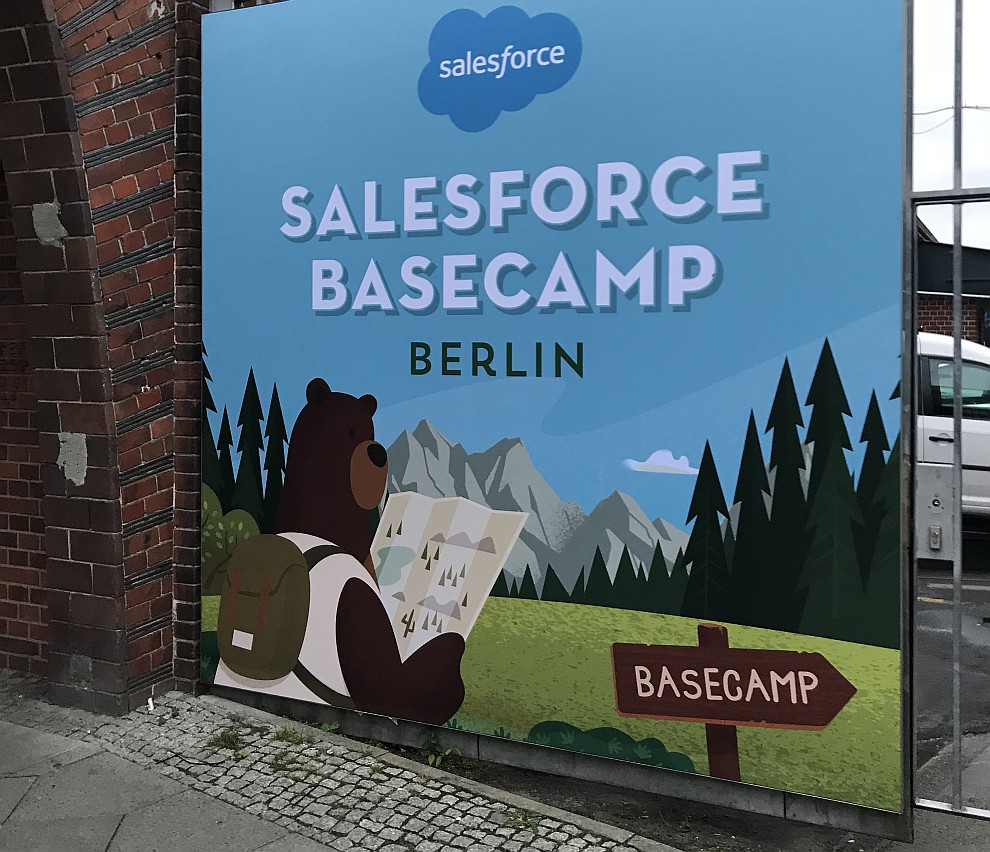 
Xnet is a part of German Telekom Low Latency and 5G Partner Programm. During this event, Partners and Startups presented their 5G applications on stage and live at the marketplace, taking advantage to explore new business opportunities and to learn more about the future of the 5G network and its commercial possibilities. 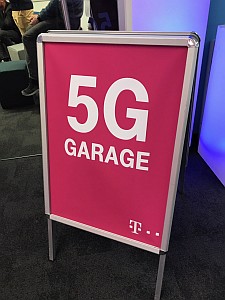 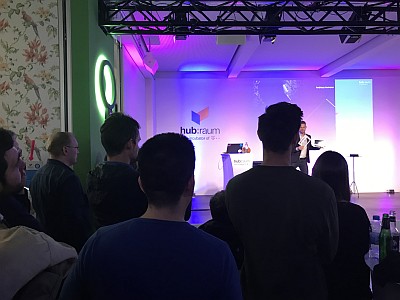 EDEKA the #1 grocery retailer in Germany, is building an intelligent RETAIL LAB inside one of its stores.


The $50bln giant in grocery is pushing an Intelligent Retail Lab inside one of its stores in Minden, Germany. The idea is to test both associate and customer experiences. For example, EDEKA wants to use artificial intelligence to better identify when items are running low on stock. The retailer wants to better understand when shopping carts are running low near the entrance and identify when items are on the wrong shelf.

Xnet is helping with the setup of intelligent network in the store. The retailer is testing new concepts like mobile checkout, a camera system for inventory management, electronic shelf labels and other technologies. Xnet Scan & Go app is an option for scanless checkout the store is capable of testing down the road. 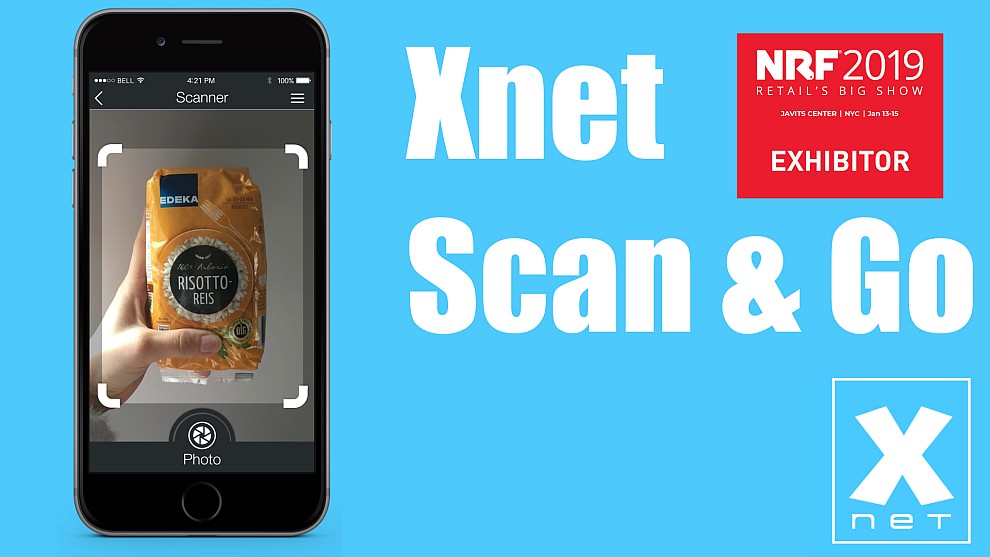 The digital transformation journey continues. With the rapid pace of change, there’s never been a better time to align, connect and create solutions that deliver and disrupt.

This time, hundreds of developers and engineers will pack into the Disrupt SF conference space for the conference and Hackathon, a 24-hour race to build a brand-new product. 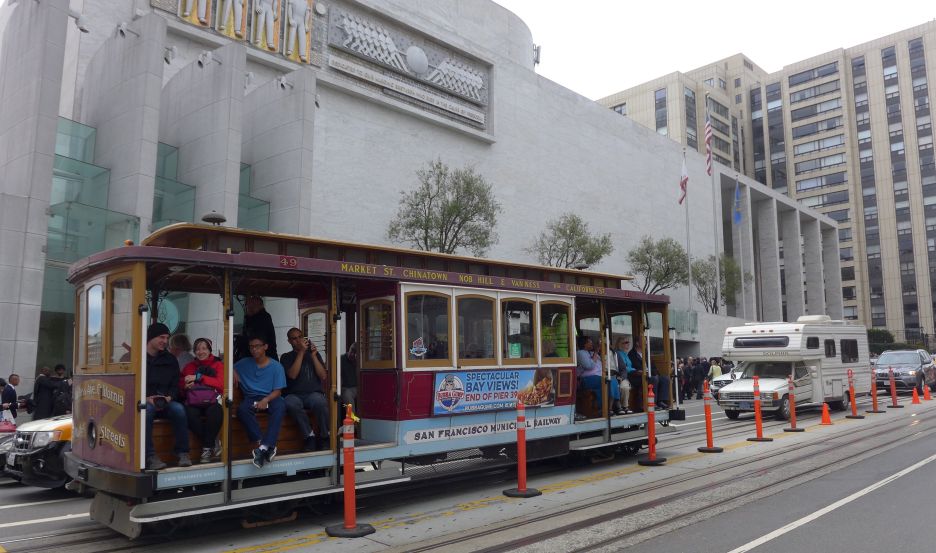 Competitors will present their inventions on stage and win prizes, in a TechCrunch tradition. Xnet Communications will be there as each year to be present and take the advantage of the BAY spirit to introduce and launch our latest product Xnet XDA Digital Network Architecture.

Xnet Networks is a part of intensive, immersion training designed to help you and your staff master the practical steps necessary for defending systems and networks.

We will present Xnet Secure Gate as an fundamental element of network security. We will explain the basics terminology (identity, authentication, authorization, privileged access, need to know, separation of duties, rotation of duties, data and network area ownership, SSO single sign on, etc.). We will showcase the actual installation of our Xnet Secure Gate at the one of the biggest commercial banks in New York City and Frankfurt as well.

The site of the Network Security Event, September 10-19, is Caesars Palace, the majestic Las Vegas hotel.

Xnet Networks will demonstrate an understanding of the fundamental theory of system access control to the modern computer networks.

On Saturday at the Circuit de la Sarthe in Le Mans Brad Pitt gave the official race start at the 24 Hours Le Mans 2016 endurance race, to create a Hollywood finish for Porsche.

Porsche defended its title 2016 in dramatic fashion after Toyota lost the power at the lead minutes from the end on Sunday June 19th.

Neel Jani, Romain Dumas and Marc Lieb’s Porsche 919 won the race after the Toyota TS050 stopped in the last leap while leading.

Congratulations from Xnet Communications to the Porsche Team and especially to Alexander Hitzinger the Technical Director LMP1 Porsche, Stuttgart for his great work.

Due to Remote Lab facility the Powertrain development could be significantly be shorted and parallelized in unmatched way.

Read a short story of Internet Browser and Xnet's involvement into it.


Short Story of the Internet Browser

NCSA Mosaic was neither the first web browser but it was the web browser credited with popularizing the World Wide Web. Its clean, easily understood user interface, reliability, Windows port and simple installation all contributed to making it the application that opened up the Web to the general public.

In 1992 Marc Andreesen was a student in Computer Science and part-time assistant at the NCSA (National Center for Supercomputing Applications) at the University of Illinois. His position at NCSA allowed him to become quite familiar with the Internet and World Wide Web, that began to take off.

In the same 1992, Andreesen recruited his colleague from NCSA and University of Illinois, Eric Bina, to help with his project. The two worked tirelessly. They called their new browser Mosaic. It was much more sophisticated graphically than other browsers of the time.

The most important feature was the inclusion of the image tag which allowed to include images on web pages. Earlier browsers allowed the viewing of pictures, but only as separate files. NCSA Mosaic made it possible for images and text to appear on the same page.

In January 1993, Mosaic was posted for free download on NCSA's servers and became immediately popular, more than 5000 copies were being downloaded each month. Within weeks tens of thousands of people had downloaded the program. The original version was for Unix, but Andreesen and Bina quickly put together a team to develop PC and Mac versions, which were released in the late spring of the same year. With Mosaic now available for more popular platforms, its popularity soon skyrocketed.

By December 1993, Mosaic's growth was so great that it made the front page of the New York Times business section. Marc realized that when he was through with his studies NCSA would take over Mosaic for themselves. So when he graduated in December 1993, he left and moved to Silicon Valley in California.

I met Marc Andreesen in 1994 at the Networld+Interop in Las Vegas around the time the company Netscape Communications has been created. At Xnet we worked hardly on the TCP/IP port to ISDN and released a first product worldwide, which allowed users to browse Internet with Netscape on top of the ISDN-line.

Netscape Communications made a successfully IPO in 1995 and was finally acquired by AOL (America Online) in 1997 for round about US$10 billion.

a secure telephone system from the cloud


A fully managed, NFON-based telephone system from the cloud

Simple, plug-and-play operation; the system can be expanded flexibly 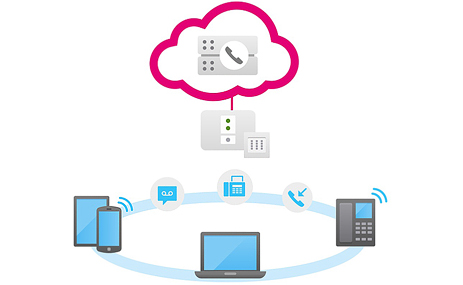 Addition to the DeutschlandLAN product family of Deutsche Telekom: DeutschlandLAN NFON, the modern cloud telephone system on basis of NFON, is now available via the Telekom Cloud Portal.
The client telephony software for Apple Mac and IOS has been developed by Xnet Communications in Hamburg. 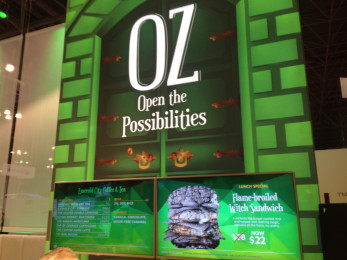 The Retail's BIG Show is finished. It is a huge success for our brand new digital product catalog MediaSHOW. Lively interest especially in the segment of fashion and lifestyle retailers. 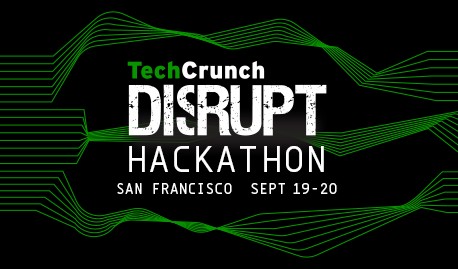 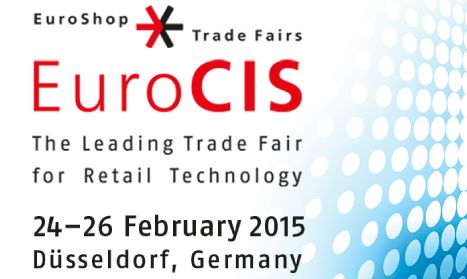